Jennifer Cross will perform several pieces with the Washington Wind Symphony in our next concert, most noticeably, Samuel Barber’s nostalgic work, Knoxville, Summer of 1915.

Soprano Jennifer Cross has been lauded by critics as a versatile and compelling soloist in both the operatic and concert arenas, whose singing “elevates the piece from the earthly plane to a place closer to heaven” (The Gathering Note). She was most recently seen singing the role of Doris Parker in Seattle Opera’s West Coast premier of Charlie Parker’s Yardbird (Schnyder). Other recent solo engagements with Seattle Opera include Glasha in Katya Kabanova (Janacek), and as the Governess (cover) in Turn of the Screw (Britten). She is also a full-time member of the Seattle Opera chorus, having performed in over 30 productions. On the concert stage, Ms. Cross has been a soloist with Seattle Symphony, the Seattle Youth Symphony, The Seattle Choral Company, The Boise Master Chorale, Illumni Men’s Chorale, and Skagit Symphony, among others, and has sung in concert with Marvin Hamlisch at Benaroya Hall. She has been a featured soloist in numerous oratorio and concert works, including Handel’s Messiah, Orff’s Carmina Burana, Bach’s St. Matthew Passion and St. John Passion, Dvorak’s Te Deum and Stabat Mater, Mozart’s Mass in C Minor, Brahms’ Requiem, Haydn’s Mass in D minor, Faure’s Requiem, Poulenc’s Gloria, Stravinsky’s Les Noces, Honneger’s King David, and Verdi’s Requiem.

Ms. Cross is currently on the voice faculty at Skagit Valley College and operates a thriving private voice and piano studio in the Skagit Valley. She has been on the voice faulty at Pierce Community College and served as interim choral director and piano teacher at Edmonds Community College. Ms. Cross was the Resident Soprano Soloist, Vocal Coach, and Assistant Director with the Seattle Choral Company, and continues to work as a vocal coach and clinician with groups throughout the region. She is currently the vocal coach and accompanist for the Skagit Symphony Chorus. 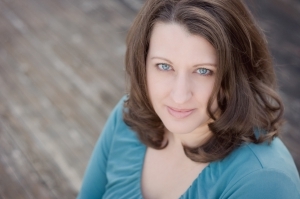